Art-Making in the 21st Century

Art-making in the 21st century is challenging, rewarding, and maddening, all at once. To succeed as an artist in the 21st century, you must be well-versed in technology, oral and written communication, art history, politics, and of course, your medium. Whether it’s as a performer or a visual artist, being creative is multi-faceted.

So, how does Chapel Hill-Chauncy Hall help prepare its students to be creatives in an exciting world that is ever-changing and evolving? We start with the basics. We teach our students to communicate with one another, to express themselves using their chosen art form, to push themselves by trying new things, and to know that they are supported in every step they take.

The 21st century is, so far, a complicated one— one where people can easily communicate with each other across an ocean within seconds, where politics has been turned on its head around the world, and where we have witnessed some of the most innovative developments in the art world since the camera obscura. What artists are realizing in this tumultuous world we live in is that art can help us understand the world around us and help us process what happens there. 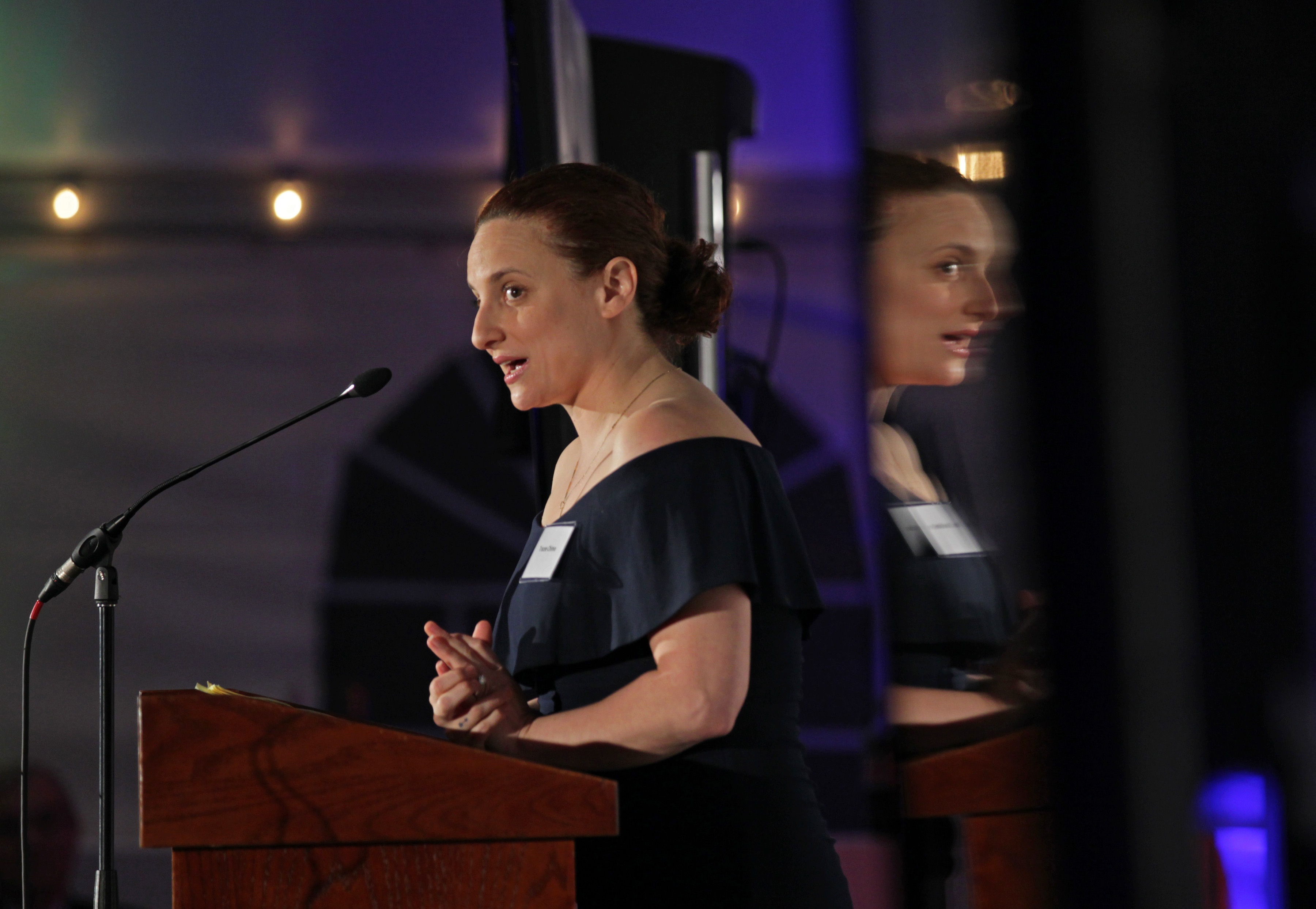 Tracee Chimo is a performing artist most known for her roles in Orange is the New Black, People of Earth, The Good Wife, Genius: Picasso, the films Sully and Private Life, and on Broadway in Bad Jews, Harvey, Noise’s Off, and The Heidi Chronicles. Chimo spoke last spring at our Building Creativity: The Campaign for the Arts celebration and kickoff event on April 13, and then returned as commencement speaker on June 2 to celebrate the CH-CH Class of 2018. When asked about what she is seeing in 21st century artistry, she had this to say: “When I think about the ‘trends’ of the 21st century entertainment industry, one word keeps popping into my mind: BOLDNESS. I love it when I see a movie, play, or television show that makes me think long and hard on the message which is being conveyed... media meant to push up against people’s boundaries and knock them out of their comfort zone. The more evocative the art is, the more questionable it becomes in terms of marketing and selling. People like to think they want their buttons pushed, but the truth is, it may trigger something they’ve been battling and had hidden safely away in their heart or mind. It is for this reason and this reason alone I actually fell in love with the performing arts. I love to make people think. I also love to make people feel. And most of all, I love to make people ask questions.”

“When I think about the ‘trends’ of the 21st century entertainment industry, one word keeps popping into my mind: BOLDNESS. I love it when I see a movie, play, or television show that makes me think long and hard on the message which is being conveyed."

In today’s world, not only is an artist tasked with understanding and mastering her medium, comprehending and utilizing art’s historical, social or political context in her work, and crafting her art and message while maintaining her identity as an artist, but she is challenged with communicating to an audience that is constantly shifting and changing. Snapchat, Instagram and Facebook are three of the major social media outlets that 21st century artists better be well-versed in to market themselves and their work before they make it to galleries or Broadway stages.

What is important for educators to do, however, is take a step back with our students who can be mesmerized and also frustrated by the success of social media moguls and find out where to start as an artist, before they get wrapped up in the number of Instagram followers they have. If they don’t know their medium, if they don’t take risks in their art-making, and if they don’t know how to communicate, they won’t find success or even happiness in their artistic expression.

Steven Yakutis P’19, has spent enough time as a student of theater and theater director to understand the transformative power of the arts, how it teaches students to communicate, and how what we do at CH-CH can truly change a student for the better. At The Neighborhood School in Jamaica Plain, MA, Yakutis sees the growth of his theater students before his eyes as they let go of their middle school guise and play, like children! The theater practice they take leads to productive and (fun!) work producing plays that are, “written to their strengths while giving them something they can succeed at.” Some of the shyest students become some of the boldest. Some of the bolder and more independent students learn to work with one another as a team. Yakutis fondly remembers a student who identified as a shy little girl, but who once cast as Isabella Stewart Gardner and, donning a boa and hat, became larger than life and, “a force to be reckoned with.” She was in every school play following that production and eventually went on to focus on performing arts in high school.

What Yakutis recognizes in his theater work is what we see happening at CH-CH. Students and schools are transformed by their experiences in the arts, be it performing or visual. Students begin as hesitant participants as new students and graduate as leaders who have mentored others to follow similar paths for the next generation of artists.

While an artist responds to her environment through visual art or performance, her audience responds to her, how she markets herself, and how she communicates through the ever-changing technological choices she has at her fingertips.

So how does she navigate all of this and still maintain her artistry? She starts young, gets guidance, and follows a path many are paving for her in their own artistic journeys. At CH-CH, we prepare students to be artists after high school. We do our best through art instruction, critique, reflection, gallery experience, experiential learning trips and, simply, conversation, to teach them how to be true to themselves in their art-making. And then we say goodbye, good luck, and come back and tell us how well we did our job. 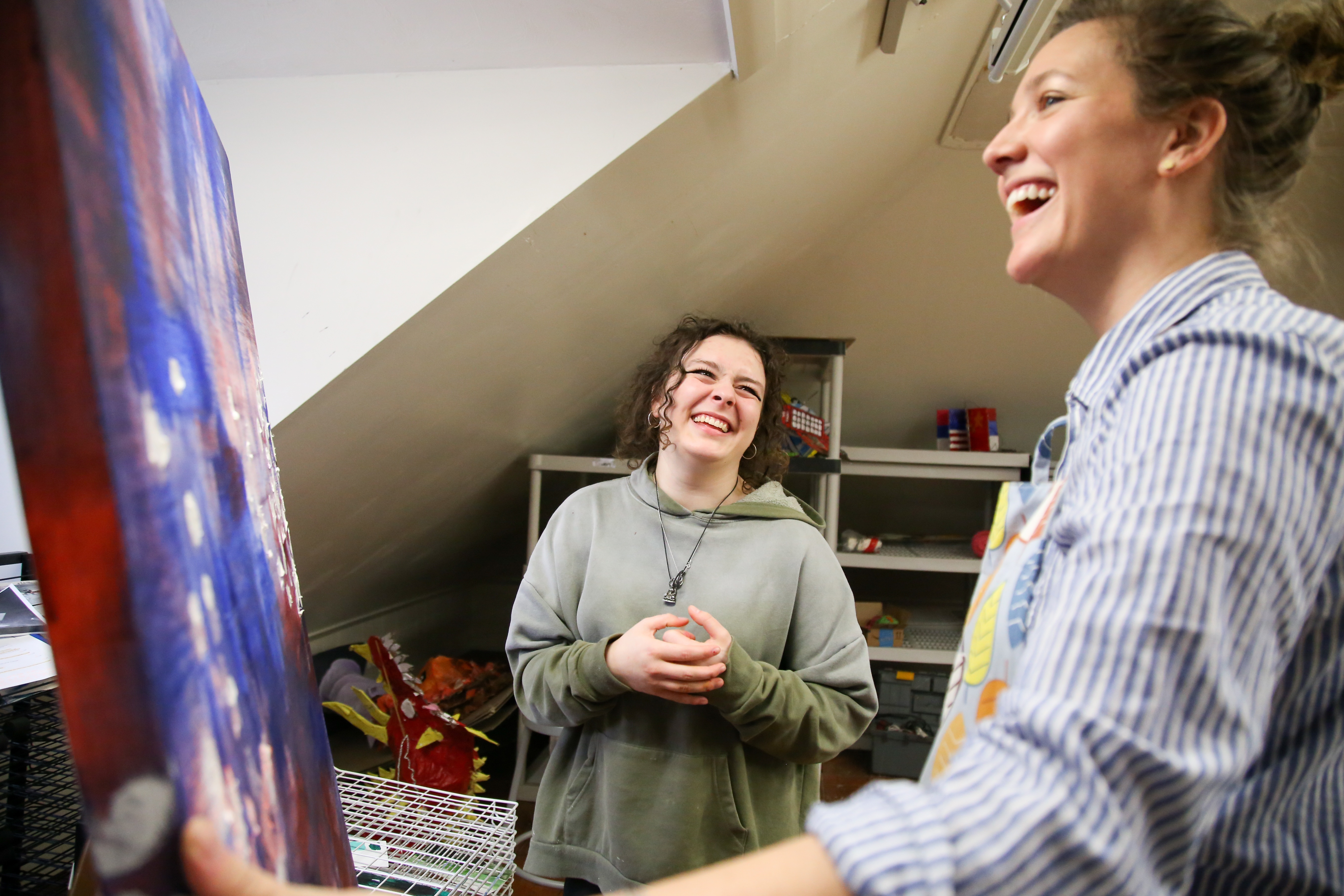 Maddie Colman ’17 has done just that. After completing her first year at the School of the Art Institute of Chicago (SAIC), Colman has come back to tell us that we did, in fact, do our jobs. “Before I came to CH-CH, I really had no idea that I wanted to do art as a job, or even that I could. The environment at CH-CH is so encouraging that it gave me a lot of confidence in myself and my artistic abilities. Because SAIC is a school very focused on the conceptual ideas behind art, it was really important for me to have some technical skill before starting there so that I had the ability to fully express what was going on inside my head. CH-CH absolutely prepared me for that. Working with specific mediums in the 2D/3D Design class prepared me with basic skills in a broad spectrum. AP Studio Art, and especially Mrs. Keating, encouraging me to branch out beyond the digital art world and into painting completely changed my art practice. I never thought I would consider myself a painter in any way, but here I am today, starting on the path to completing not only a degree in visual communications, but painting as well!”

This is our success story as a school. Preparing creative students to inhabit, decipher, decode, and then, create a visual performance or piece about that experience. The 21st century is a challenging and rewarding one for artists so far, and we keep working to prepare our students to enter it as adults. As Chimo says, “Let art, whether it be visual or performance based, do what it will to people. Let it shake them up. And most importantly, never aim to please an audience. I know that’s hard to understand, but if we’re talking about the new wave of theater that’s out there, the goal is to awaken while also to entertain. Pretty lofty goal, huh? I think it’s just right. And what an exciting new time for young artists to be learning, honing and exercising their skills. Get out there and make art. Make people think. Everyone sees something different in absolutely everything. So, you might as well go for it.”

Art-making in the 21st Century was featured in the 2018 issue of CH-CH Chronicle, the magazine of Chapel Hill-Chauncy Hall School. The Chronicle is available to read digitally here.