Over the past two school years, the Chapel Hill-Chauncy Hall School athletics program shattered centuries-old school records by securing twelve championships from their boys and girls varsity programs. With a championship mindset going into the winter 2019-2020 season, the Chargers were eager to bring home another trophy for their respective basketball leagues.

The Girls’ Varsity Basketball team entered the 2019-2020 season as the reigning Independent Girls Conference DII champions. The bar was set high, and with a solid group of veteran players and a few talented newcomers, the Chargers were ready to defend their title.

This year, the girls weren’t only defending a well-deserved league championship, but also their Charger Classic Tournament title. The highly anticipated tournament kicked off the second week of December with The Cambridge School of Weston (CSW), Eagle Hill School, and Boston Trinity Academy (BTA) ready to compete with the Chargers on their home court. CH-CH hit the ground running, defeating local rival CSW in the first-round match-up 49-23. The Chargers kept the same drive in the final against Eagle Hill, claiming tourney victory for the second consecutive year. 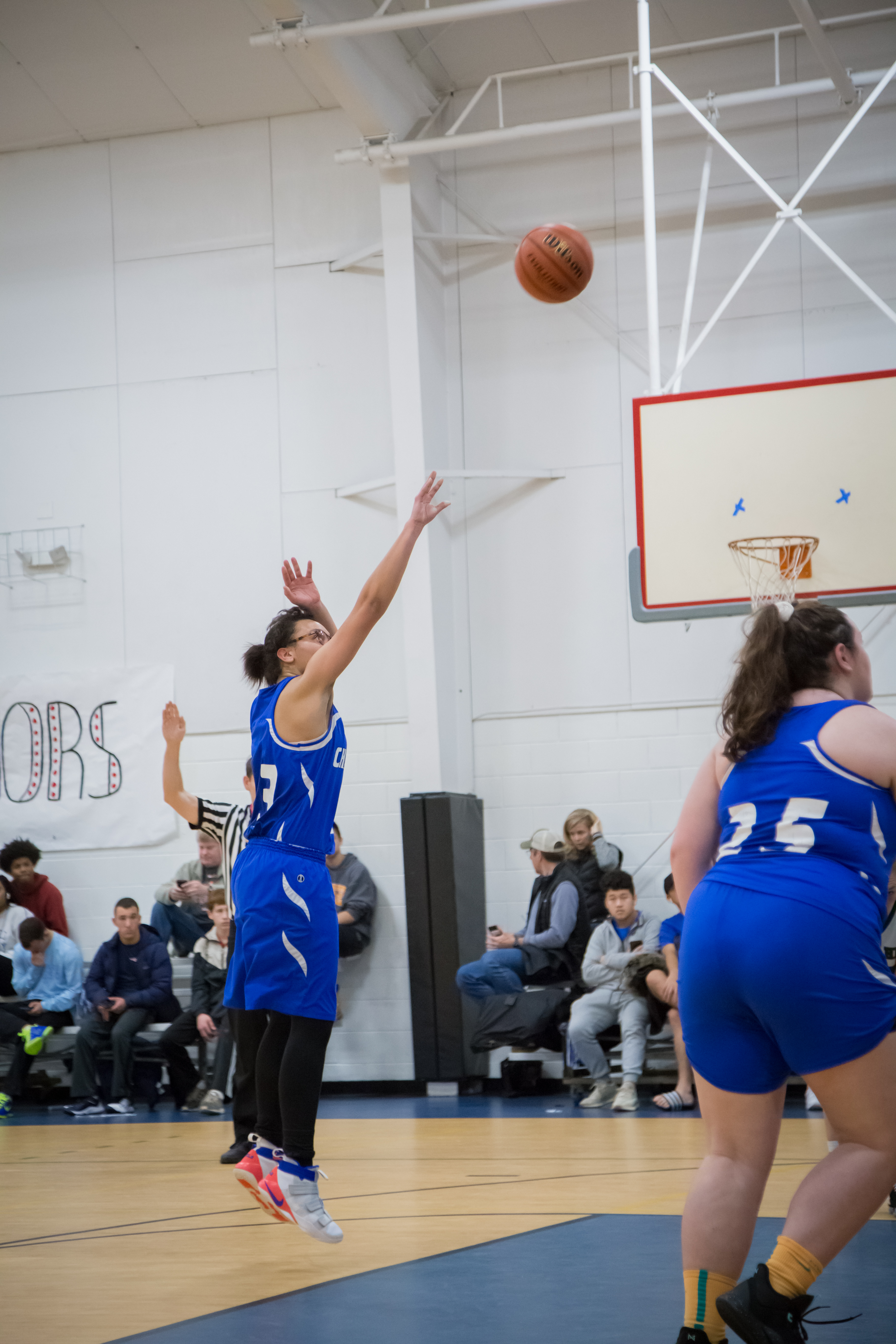 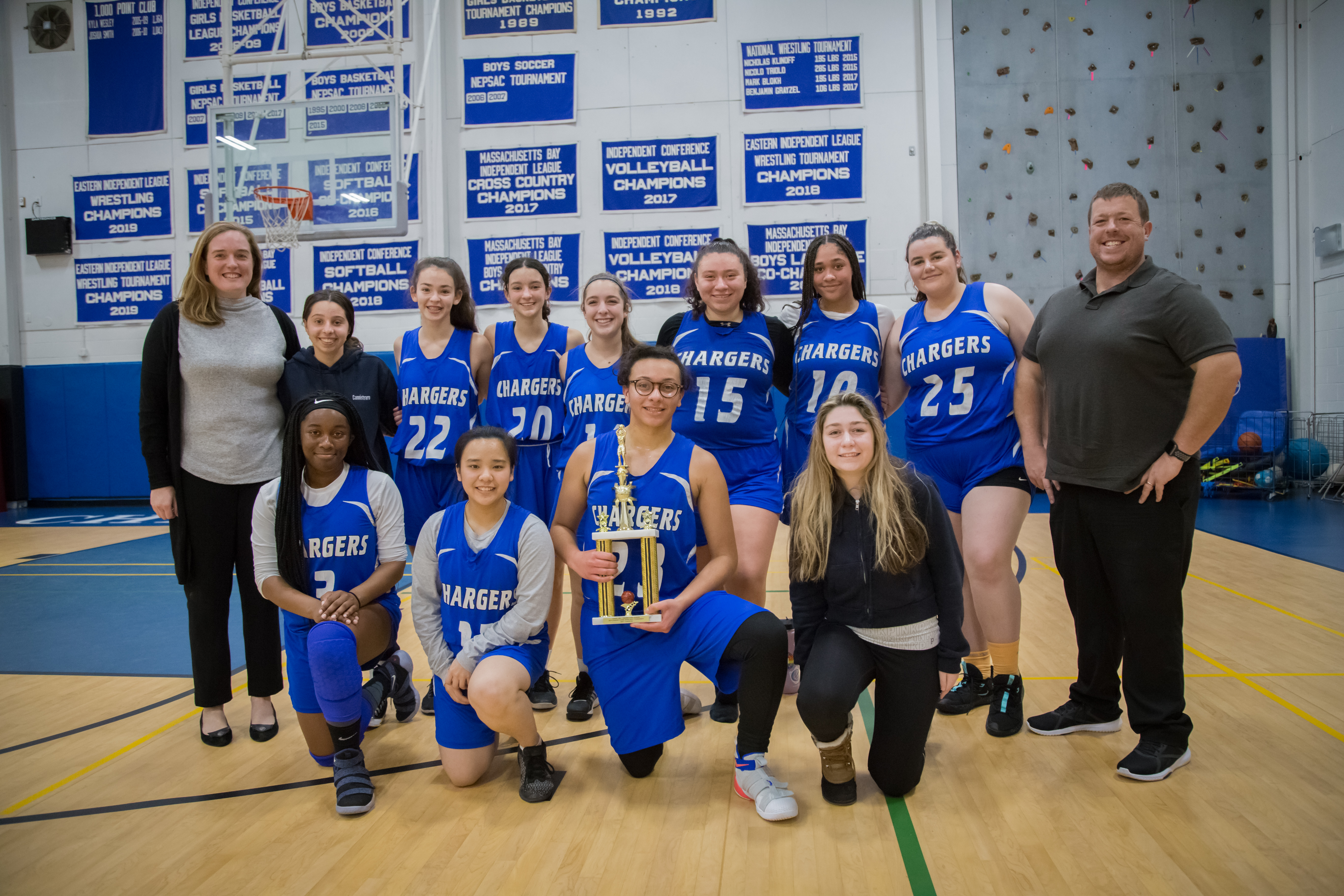 As the regular season came to a close, the Chargers finished 8-5 in the league. The league finish added fuel to the fire as they headed into the Independent Girls Conference DII Championship Tournament.

The IGC semi-finals served as a battle of the block, with CH-CH pulling out a win against local rival CSW once again. The team carried this momentum into the championship game against a strong Boston Trinity Academy. The Chargers proved their strength with an impressive 40-15 victory and were crowned the Independent Girls Conference DII Champions for the second year in a row.

After falling short last year, the Boys’ Varsity Basketball team stepped onto the court eager to prove themselves and achieve a championship season. With a roster of an equal number of new and returning players, the 2019-2020 winter athletic season served as the perfect time for boys varsity to flip the script on their Massachusetts Bay Independent League opponents.

During the Charger Classic Tournament at the beginning of the season, the team was able to prove they were a force to be reckoned with. Strong competition from The Cambridge School of Weston, Eagle Hill School, and International School of Boston were no match for a revamped CH-CH team, who fought their way to the final match-up. When the buzzer sounded off at the end of the game, not only did the scoreboard read 63-49, but the Chargers had successfully reclaimed their home court title as Charger Classic Champions for the first time since the 2012-2013 season. 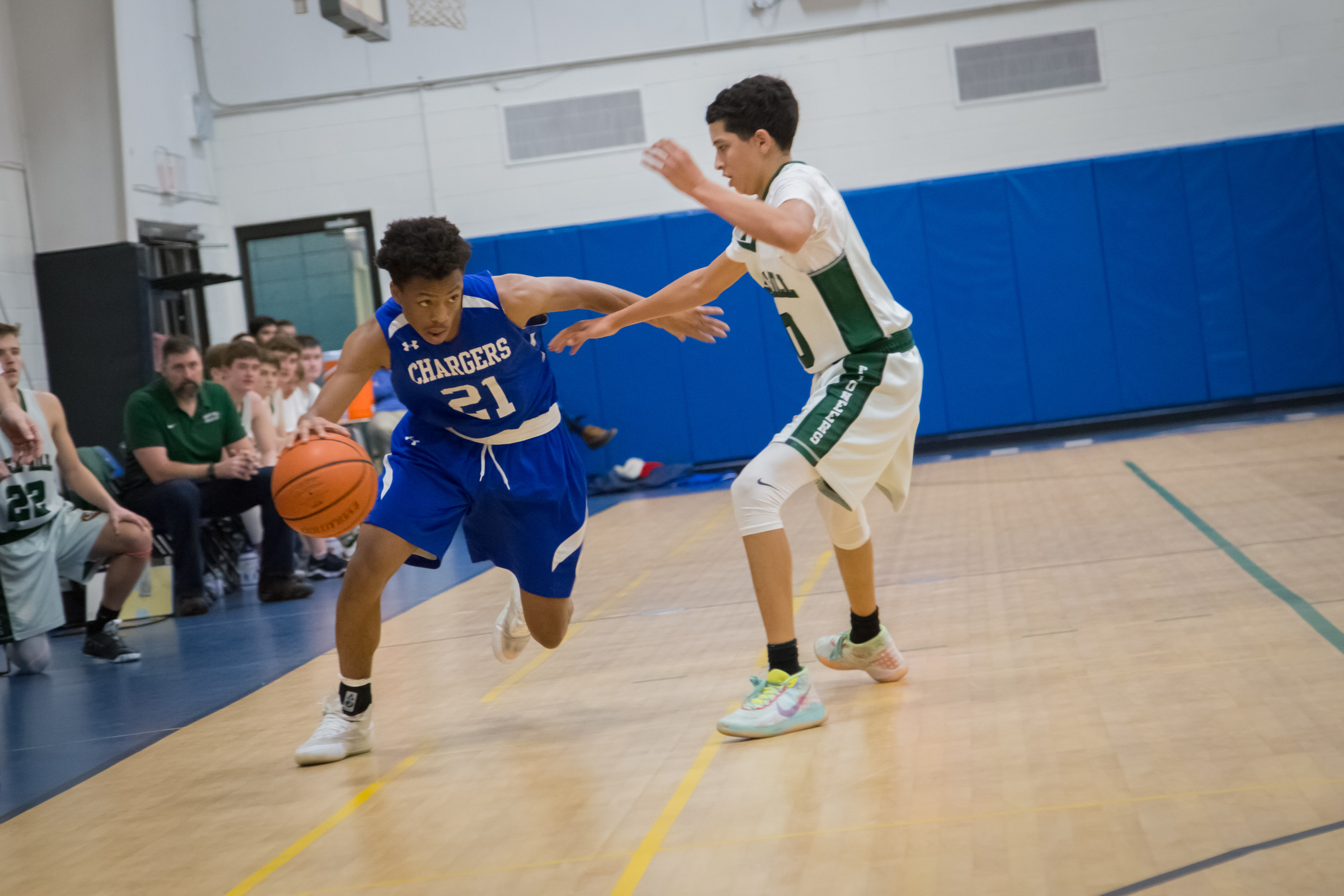 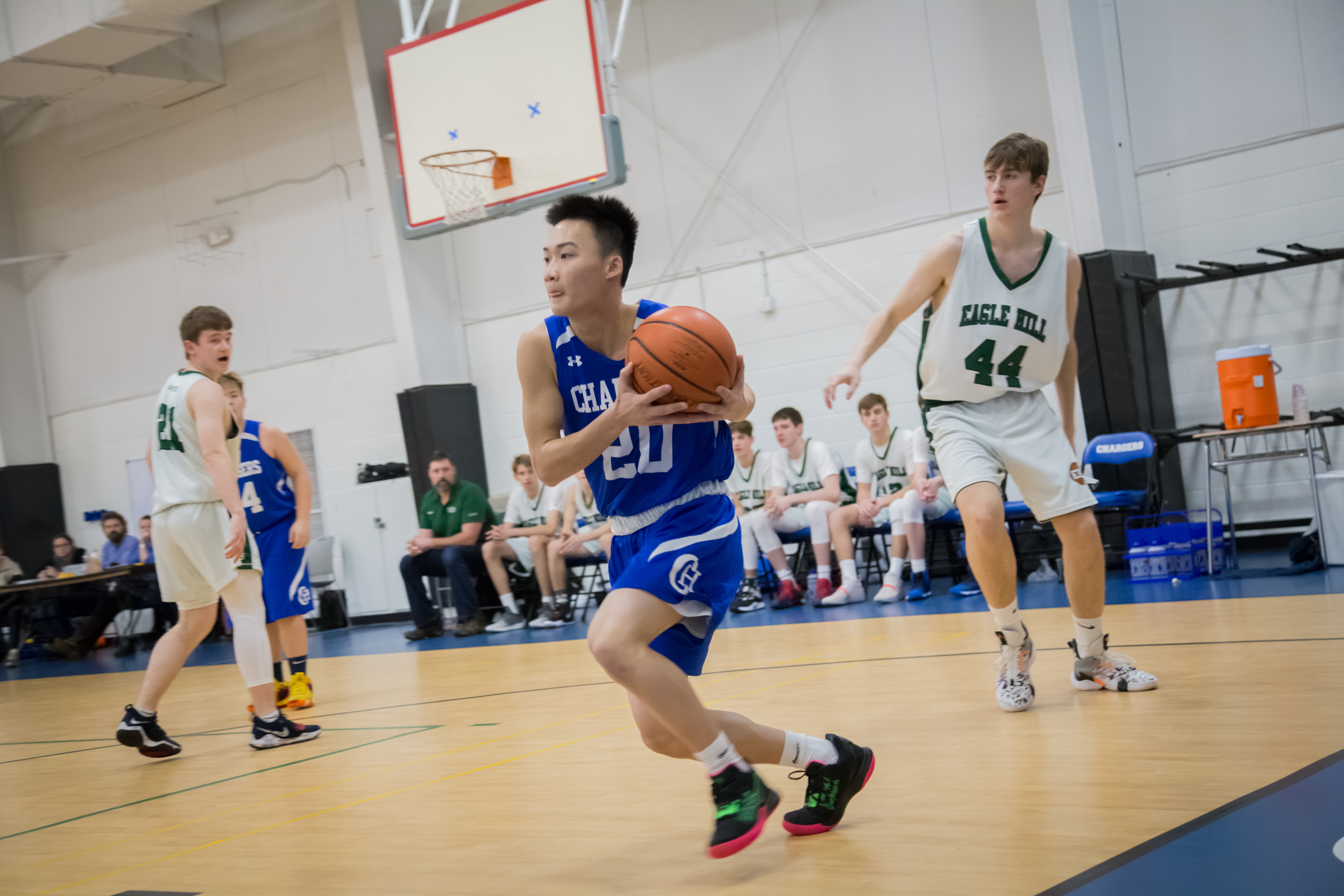 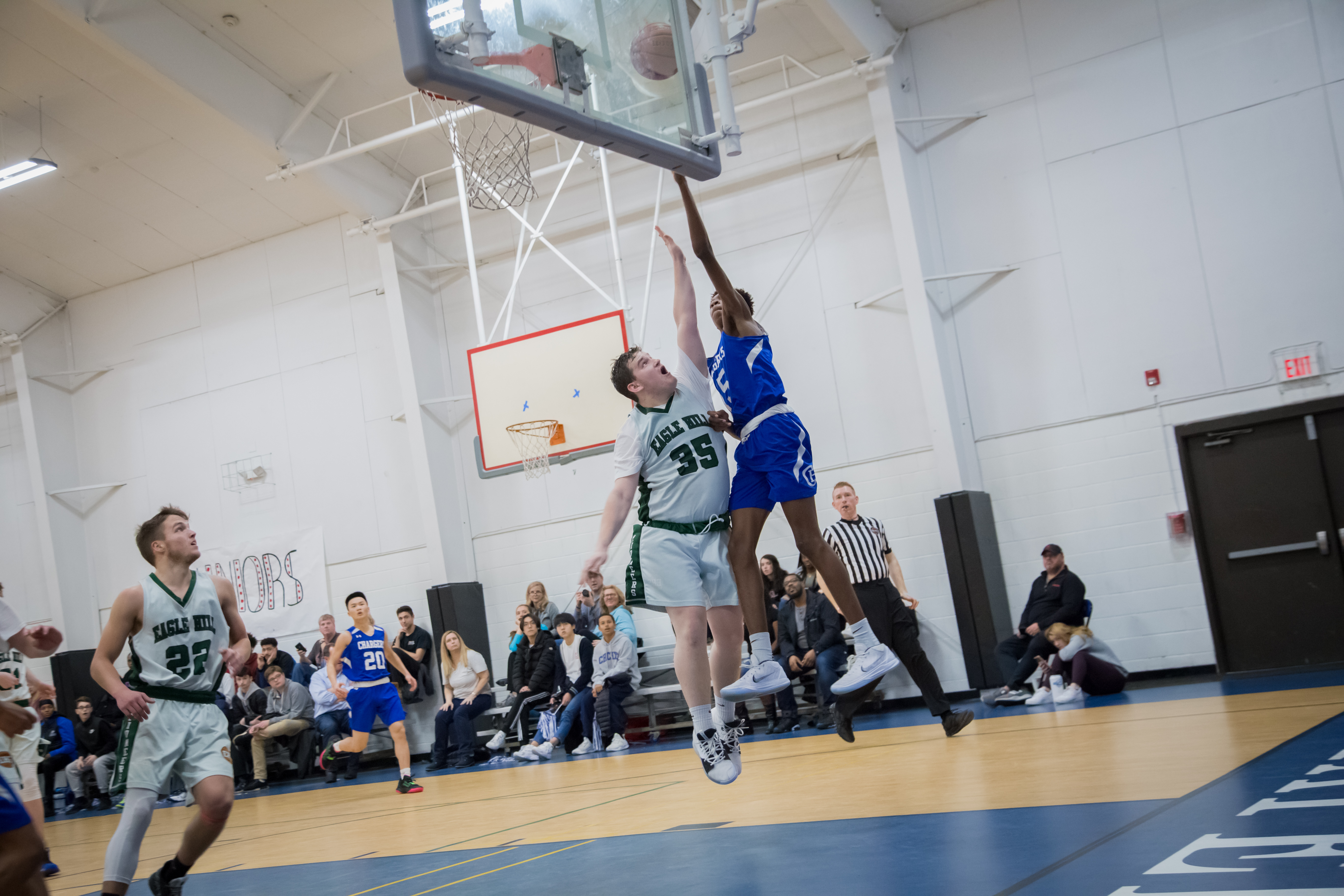 The season of redemption and triumph continued for the Varsity Boys’ team, finishing the regular season 6-5 in the league. The team knew the road to the championship would be tough as they entered the Massachusetts Bay Independent League Playoffs as the number four seed.

The Chargers quickly proved they were no underdogs as they defeated Boston University Academy 68-51 in the first round. Less than 24 hours later, the Charger traveled up the road to Gann Academy for the semi-finals and proved their strength against the number one seeded team in a nail-biting 50-49 victory.

The Chargers pulled off an upset for the ages and were riding a wave of strength and confidence going into the championship game. Then, on February 13th, the Boys’ Varsity Basketball team won the Massachusetts Bay Independent League Championship, beating a strong Covenant Christian Academy team 67-53. Needless to say, the road to redemption and winning glory was achieved. Additionally, the MBIL awarded CH-CH sophomore, Nate E-R. ‘22, with all-league honors.

Ahead of the Boys Varsity MBIL Championship, Cameron S. ‘20 became one of the elite top scorers in CH-CH basketball history. On Tuesday, February 5th, when he shot his 1,000 career point from behind the arc with only 30 seconds left in the game. Cameron averaged just over 24 points per game during the 2019-2020 season and reached 1000 points in only his 47th game in a Charger uniform. He scored 29 points during the team’s February 5th game, including going 16 for 18 from the free-throw line. Cam joins Kyla Wesley ‘09 and Josh Smith ‘10 as the only 1,000 point scorers in CH-CH history. Highlights from the 2019-2020 Winter Athletic Season at CH-CH

CH-CH is now beginning its spring athletics season, where teams will look to continue to rewrite school history, with the Varsity Softball team aiming to repeat an undefeated season and league championship.