The Celebration of Flag Day

Flag Day is a tradition at Chapel Hill-Chauncy Hall that dates back as long as most people can remember. Each year, students choose a flag with meaning to them and ceremonially present it to the CH-CH community with a speech about their connection to it.

As a new student here at CH-CH, I wanted to learn more about Flag Day and its impact on our community. I sat down with the Director of the International Program at CH-CH, Mr. Christenson, to learn all about this event.

The first thing I wanted to find out was who started the tradition of Flag Day at CH-CH? Come to find out, it was Mr. Christenson, over 20 years ago! 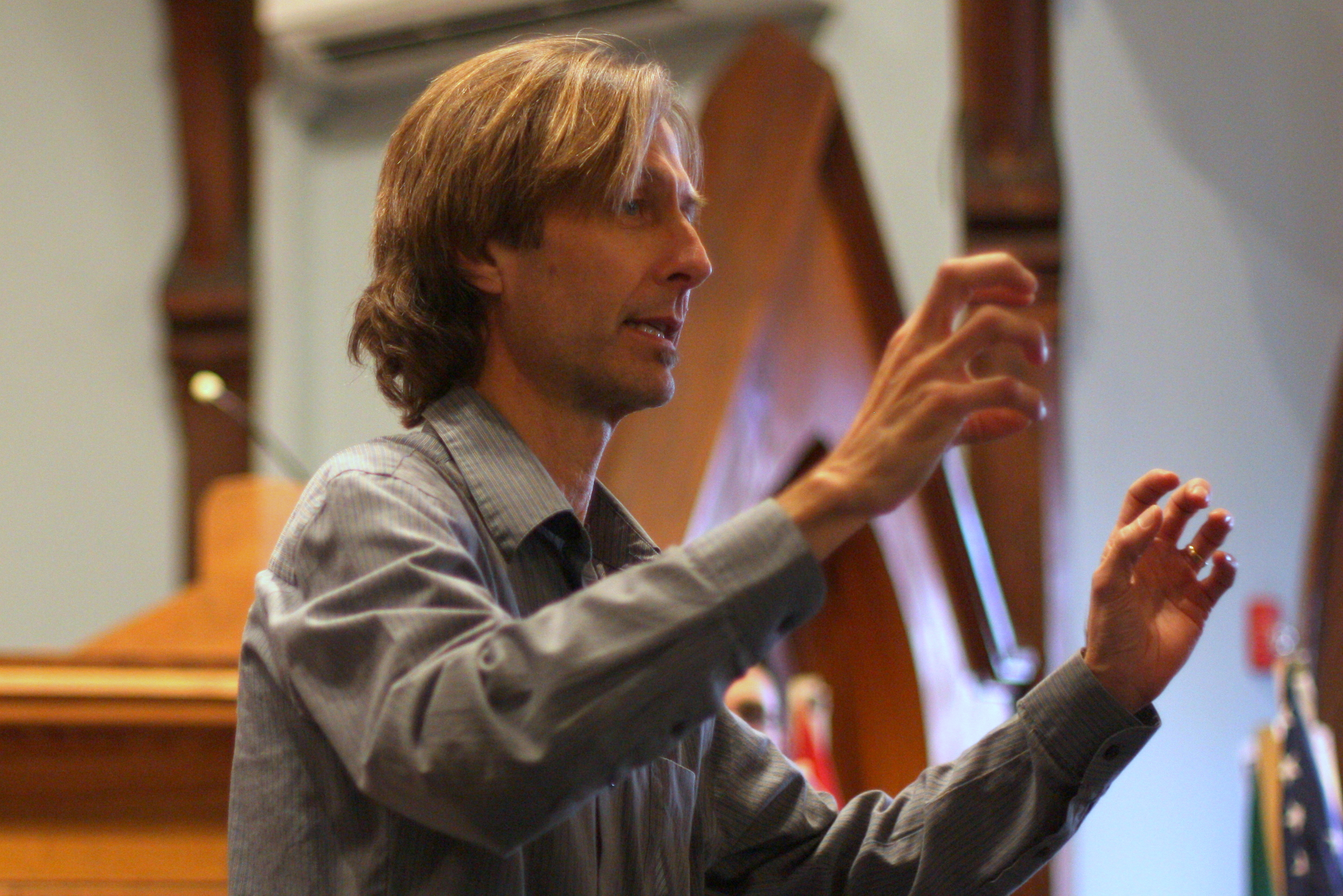 Steven Christenson, leading Flag Day at CH-CH, a tradition be began 20 years ago.

"I’ve been working with the International students since I started working at CH-CH. Flag Day was a bridge idea allowing students to participate more publicly in the school and have our community learn more about countries, nationalities, and language,” said Mr. Christenson. When asked if there were any specific reasons as to why he started Flag Day. “I also know that there are all kinds of international students. We all come from another place, and it’s a way for all students, even those who grew up locally, to share important connections to other cultures with the entire community.”

For those who don’t know, Mr. Christenson has served as the ceremony’s MC almost every single year since its inception… a role he loves. “To hear students speak from the heart about why they hold a place dear, or why they are who they are, it can be very moving," he said. "This is a very unique event as far as the rest of the year at CH-CH. We get to hear stories from community members that we normally wouldn’t.”

I also wanted to get Mr. Christenson's thoughts on Flag Day being unique to CH-CH, and if it would work in other schools.

“It’s a great thing for any place, obviously we are a small school, so it’s more doable. With a school with 500 people, 500 kids, that would be a pretty big project." After the ceremony the flags are then displayed around the gym, "The great thing about our flags being displayed in the gym is that those are the flags that represent this year's students. We don’t leave the flags up for ten years, then decide to switch them up, which makes it reflective of what’s going on this year,” said Mr. Christenson.

Over the years, Flag Day has evolved and redefined the meaning of diversity within the community. “We realized years ago that Flag Day not only symbolizes, but presents the diversity on campus, it is really slightly limiting, because most flags are about nation-states, and that only represents a portion of who we are,” explained Mr. Christenson.

“We are all from a place, but we are not necessarily from the place where we are now, and we are also complex individuals, who have other allegiances, and other interests, and other things that identify who we are. In a nutshell, it’s been moving from nationalities to identities, and that’s what we hope to highlight”.

This year marked the first ceremony to include student-designed flags, representing a part of who they identify as that wouldn’t otherwise have an official flag. 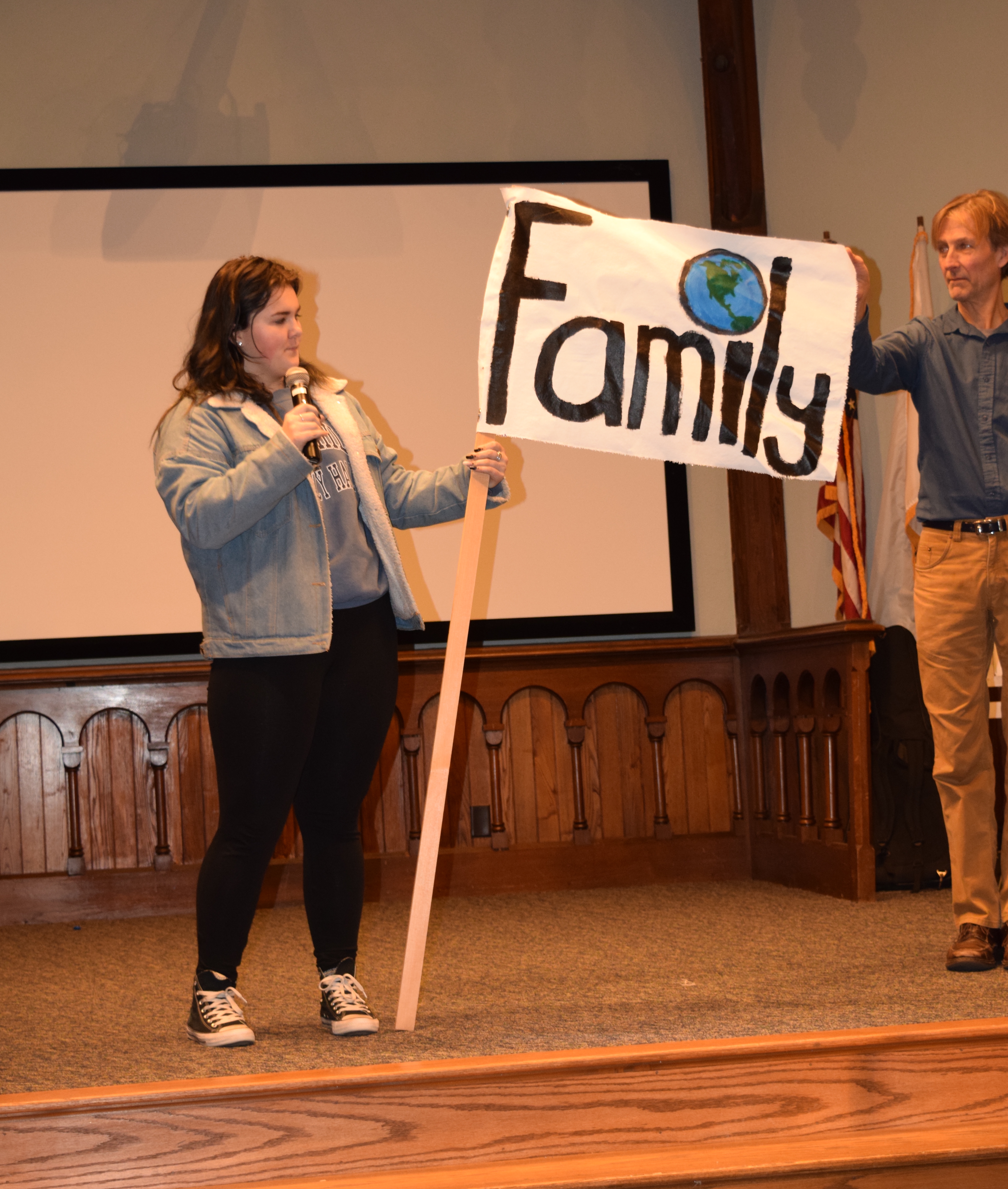 “This year, one student-designed flag is about adoption, and another is about the experience of being Jewish in the United States, as opposed to in Israel. I hope we’re coming closer to identity because that offers more inclusion than just countries.”

All I knew before seeing Flag Day was that it was an annual celebration that allows students to talk about different flags, and why they matter to each person. After seeing Flag Day and talking with Mr. Christenson, I now understand how it is a unifying experience for Chapel Hill-Chauncy Hall.