It’s the middle of summer and Em Chonofsky ‘14 admits that her home is “the equivalent of being in your car with all the windows open. So it is warm.” That’s just one quirk she’s learned to live with, residing aboard a 48' long, 6'10" wide steel boat, known as a narrowboat. She first felt the lure to live aboard one of these UK canal boats as a university student six years ago, but it wasn’t until she was a working woman that Em made the leap into boat ownership. 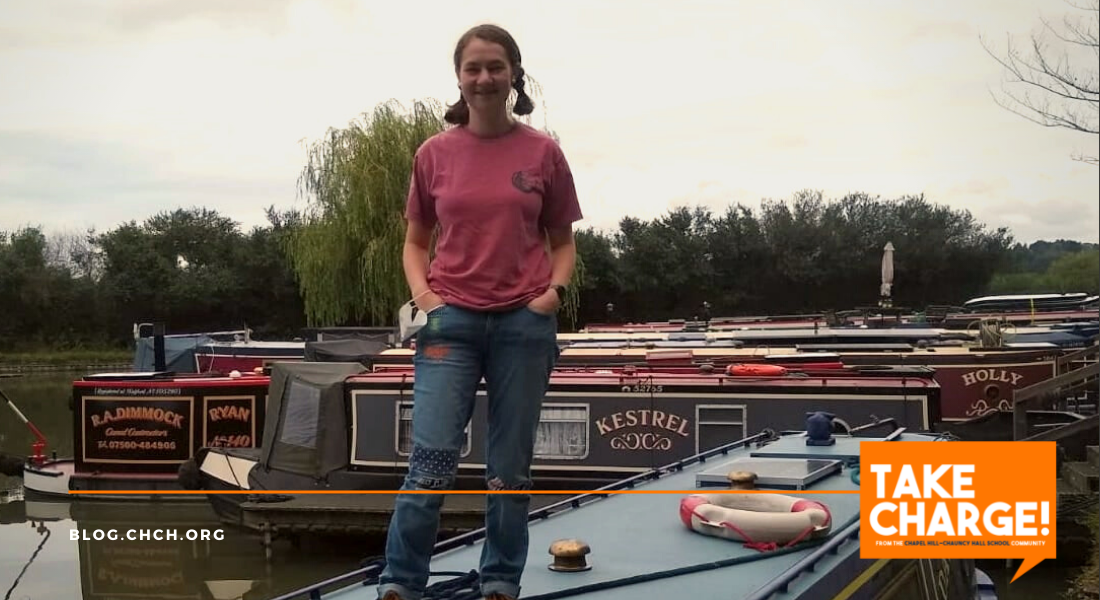 “I was after the calm and the peace,” she recently told David Johns, host of the YouTube channel CruisingtheCut. Clearly, she’s not the only one: there are over 38,000 registered narrowboats in the UK, a quarter of which are full-time homes, and, “the permanent homes are underreporting,” Em confides.

It turns out the narrowboating itch runs in Em’s family, too, going back to her grandmother who named her boat, Ethel (after herself). Em took this one step further, styling hers Ethel the Unready after an ill-advised English king. But perhaps the joke now is on Em, because she’s proven herself in fact quite up to the challenge of narrowboat living.

Although life onboard can get lonely, particularly in the summer months when she ventures further from the winter marinas, there is also a vibrant narrowboating community. “I bought the boat primarily because I wanted to be around boaters…It’s a club where everyone cares very deeply about everyone else.”

It also helps that Em likes to rely on herself because there’s always something to fix. And for moments when she needs to fall back on that community, she has befriended her engineer - who frequently talks Em through problems with Ethel’s fussy engine - and keeps a six-pack on board to entice a passing boat of men when in need of repairs she can’t physically perform. 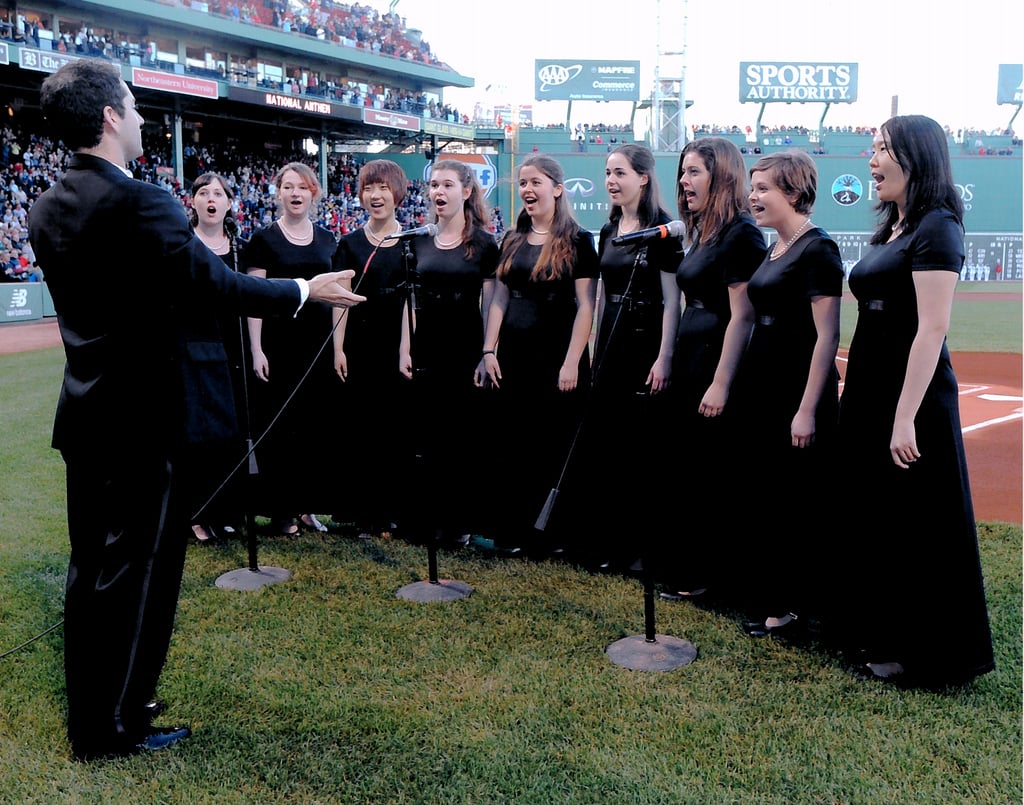 Em (2nd from left) singing the National Anthem at Fenway Park as a member of the CH-CH chorus.

In some ways, CH–CH gave Em the same leeway as her new home: a place to find moments of solitude while still being part of a larger community. She cites three retired CH-CH faculty, John Schnelle, Erica Knipp, and Paula Buerger as trusted mentors who, “Would let me just hang out in their classrooms.” But she also has fond memories of the chorus group, whether singing the National Anthem at Fenway Park - Em is a classically trained opera singer - or in theater productions under Schnelle's direction.

For Em, it comes down to the impact she has on others. “It really matters to me that people know that they matter,” she explains, “and I make a concerted effort to carry that on intentionally.” In turn, it was faculty like Schnelle, Knipp, and Buerger who let Em know that she mattered.

A post shared by Emma & Ethel the Unready (@cut.for.time)

These days, Em is taking a cue from her boat, drifting as the waters take her. When asked how long she plans to live aboard, she estimates four more years, “But honestly, I'm just kind of taking life as it comes.” Meanwhile, her solid advice to incoming CH-CH students is simple: “Do their homework.” And for anyone starting a venture for which they feel unready? Em has quick advice there, too: “Surround yourself with experts and listen to them. Also, trust your gut and always throw yourself in full force when the time comes. ” Readers take heed because Em has clearly shown that she’s ready.

Make sure to check out Em’s Instagram @cut.for.time and also enjoy the video tour of Ethel the Unready here.